What are the Marquette Method Breastfeeding Protocols?

You can start the breastfeeding protocol as soon as you stop bleeding after the birth of a baby, or anytime thereafter. Women whose cycles have not yet returned can be up-and-running with the method in just 24 hours.

Just like with the Marquette Method of NFP in regular cycles, women following Marquette’s breastfeeding protocols use a Clearblue monitor to directly and objectively measure and monitor their hormone levels. This eliminates the need for mucus checks and temperature readings, so the method works whether your baby sleeps through the night or wakes up frequently to nurse.

With a new baby in the house, parents are busy. Many mothers switch to Marquette for their postpartum transitions simply because they find urine testing simpler to work into their daily routine than mucus-based and symptothermal methods of NFP.

The Marquette Method breastfeeding protocols are highly effective. Under the guidance of a Marquette Method instructor, couples following the protocol correctly can rest assured that it is 98% effective, and 92% effective with typical use. 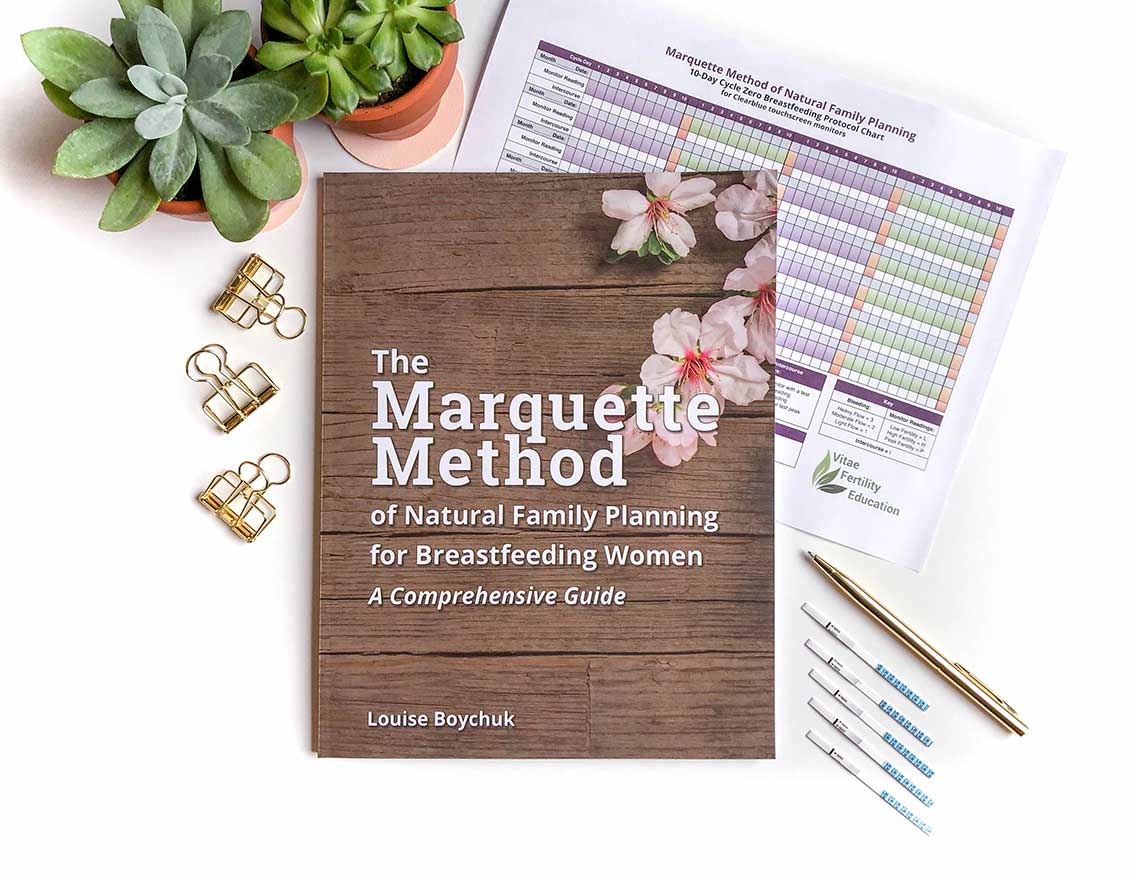 Why is NFP while Breastfeeding So Challenging?

Many women find it quite difficult to use NFP to avoid pregnancy while breastfeeding. Breastfeeding women often have many months without menstrual cycles, a phase which Marquette calls “cycle zero.” The length of cycle zero is variable, and is dependent on the balance of hormones in the woman’s body. Observing the symptoms of her hormones to predict when her fertility will return can be a very challenging task.

Breastfeeding is “best for baby,” but it can be frustrating to many couples who quickly find the NFP method that worked for them before having children is much more confusing during the postpartum phase. Women’s fertile signs often ebb and flow in the lead up to the first postpartum ovulation.

Cervical mucus may be continuously present, but is not necessarily indicative of pending ovulation, as it would be in regular cycles. Difficulties can continue after cycles return because the first cycles women experience after having a baby are often longer and more irregular than couples expect.

Some women return to fertility relatively quickly after having a baby, even while breastfeeding. Others have a year or more without returning to cycles. Research has shown that among lactating women, 20% will ovulate within 6 months of having a baby, but only 64% ovulate by 12 months. Because there is such a wide variance, tools that help women accurately predict impending ovulation are essential.

One study found that tracking mucus to determine potentially fertile days in cycle zero and postpartum cycle 1 would require abstinence for 52% of those days. In contrast, with the same set of women, the Marquette Method monitor-only breastfeeding protocol identified only 16% of the days in cycle zero as potentially fertile and requiring abstinence.

Percent of days spent abstaining before return to cycles

It is the most effective method of NFP available for women in the breastfeeding transition.

Is Objective and User-Friendly

It does not rely on mucus interpretation or basal body temperature readings.

Allows for significantly more days of intimacy than other methods of NFP during the breastfeeding transition.

Works with Your Life

Practicing the Marquette Method is a once-a-day commitment. Test your hormone levels in the morning, record your results, and then get back to your life.

Take the Guesswork out of Marquette’s Breastfeeding Protocols

You’ve got a new baby at home. As a mom of three myself, I know that time (and sleep!) is precious and you probably just want to get started with the Marquette Method breastfeeding protocols with the minimum of fuss and effort.

After one 90-minute one-on-one Marquette Method class with me one of the other Vitae Fertility Marquette Method instructors, you’ll know everything you need to know to get started. We’ll tailor the presentation to the specific fertile phase you’re currently in, so you’ll know precisely how to practice the method correctly from the beginning.

As soon as you’ve registered with Vitae Fertility, I’ll send you my exclusive Marquette Method training materials to you in the mail – a comprehensive user manual I wrote specifically for breastfeeding women (download a preview here), charts for each phase of the breastfeeding transition, and even a stash of LH sticks.

All of Vitae Fertility’s training packages include one full year of support, so we’ll be with you every step of the way. 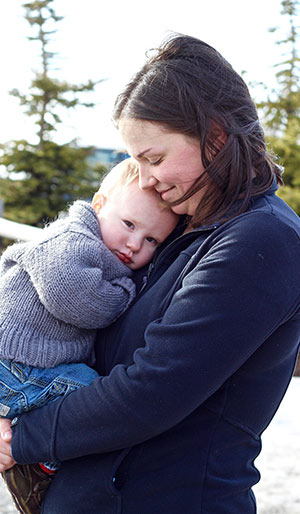 FAQ about Using Marquette While Breastfeeding

At how many weeks postpartum should I start tracking my fertility?

We usually recommend that postpartum women start tracking their fertility at around 6 weeks postpartum, or before they resume intimacy.

Women switching to Marquette from another form of natural family planning can start anytime—if your cycles have not yet returned, you can be up-and-running with the method within about 24 hours, and there’s no need to wait weeks to establish a baseline of observations.

Some women who are exclusively breastfeeding may choose to follow an alternate method of family planning—the Lactational Amenorrhea Method of NFP—for up to six months after the birth of their child. If you’d like more information on that option, and whether or not it would be a good fit for your circumstances, reach out for a free consultation or read our blog post LAM vs. Marquette for breastfeeding moms.

Should I schedule my Marquette Method training for before or after my baby is born?

It’s really up to you.

If you want to schedule your first teaching session while you’re still pregnant, your instructor will teach you everything except the hands-on, how-to instructions on how to set up and use your monitor in that first session. We’ve just found it’s just easier to walk you through it when you’re ready to start tracking your fertility, at 6 weeks postpartum.

If you want to learn the method while you’re still pregnant, we’ll schedule you in for a quick refresher session right before you start testing, to help you set up the monitor and answer any questions you may have. (All of our packages include unlimited follow-ups for a year, so there is no difference in price for extra follow-ups.)

Your second option is to schedule your teaching session to fall just before 6 weeks postpartum—in that case, we’ll teach you everything you need to know in one go, including how to set up and use your monitor.

Whatever works best for you is totally fine with us. And, of course, your baby is more than welcome to join us for the teaching session!

How much does it cost to practice Marquette while breastfeeding?

What supplies do I need?

Women using Marquette while breastfeeding use the same supplies as all other Marquette Method users—you’ll need a Clearblue monitor and disposible Clearblue test sticks. If you haven’t had your period return yet since the birth of your baby, you’ll also find it helpful to have ovulation tests on hand!

Links to all the right supplies can be found on our Marquette Method supplies page.